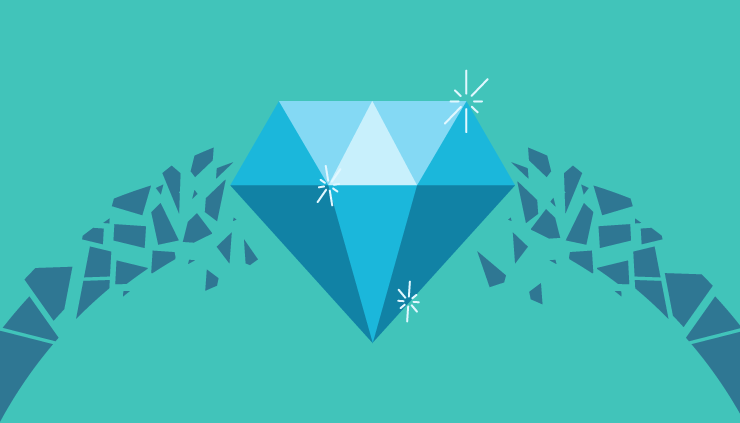 As originally published in Forbes, by Pontish Yeramyan, Founder and CEO, Gap International.

A mindset can be a stubbornly fixed thing. As flexible as we all try to be in leading a business, even the word itself implies the mind is “set” on something. When we think about Olympic athletes, self-made billionaires, or even our own favorite colleagues, most of us would agree mindset has a lot to do with their success. Equally, a negative mindset can lead to quite the opposite results. Yet given how “set” mindsets get, it’s tough to shift them.

Since 2002, our group of researchers at Gap International’s Leveraging Genius Institute has tested the hypothesis that a leader’s mindset, at any given moment, has an overwhelming impact on performance. Together we have studied times when executives achieved their most extraordinary results, isolating the mindset that was active/present in those moments. We call this mindset a person’s Genius.

In Tapping Into Genius, we conclude a person’s “mindset in any moment impacts their mood, their clarity of thinking, their sense of strength and well-being, and their ability to influence others to accomplish great things.”

This study found that mindset was an under-tapped resource—but when fully maximized, could lead to unprecedented breakthroughs in business performance.

In our survey of top executives (conducted with Nielsen/Harris Poll®) we confirmed that many people share the same instinct regarding the criticality of mindset when it comes to performance. In fact, the majority of executives believe mindset is the leading factor in the success of business leaders (followed by people skills and team building, then industry experience). The largest group (34 percent) ranks mindset/attitude as the top attribute driving their teams’ performance.

Yet the survey uncovered a major dilemma. Mindset was perceived to be the most difficult attribute to change in another person. Eighty-five percent of the executives agreed it is easy to change employees' technical skillset, while only 46 percent agreed it is to change mindset/attitude.

As I’ve thought about this dilemma, I consider two things:

There are likely thousands of mindsets that can lead to brilliant results.

And, any one of those mindsets can be available to any person at any time.

In other words, perhaps mindsets aren’t all that fixed, nor are they relegated to an individual.

Everyone must have access to a mindset that produces great results because everyone has produced great results of one kind or another at some point in their lives. Perhaps that’s how these mindsets came to be so “set” in the first place—because the mindset worked to produce a result at some point in time, the individual repeats it in the future.

What does this mean? Brilliant mindsets can be found in everyone.

WHAT MAKES A MINDSET BRILLIANT?

A mindset is useful, even brilliant, if it leads to a desired result. It is not useful if it does not. For example, “being the best” is a common mindset found amongst high-performing executives. Someone who cares about being the best will likely enjoy a lot of success. Yet that mindset might not always give the best result—say in a team effort where everyone wins or loses together.

All mindsets could be equally beneficial or hindering, depending on the context. The trick to unlocking performance is to engage the right mindset at the right moment.

CAN YOU REALLY CHANGE A MINDSET?

It is a common belief that certain people “have” certain mindsets, and they are difficult to change. People are labeled as having a “positive” mindset, or lacking a “growth” mindset, for example.

But after years of working with executives to shift mindsets to impact business performance, we have found that mindsets can, in fact, be learned—and faster than one would think.

By going beneath the surface to study people’s approaches, their attitudes and beliefs—not just what they do—their mindsets become tangible and replicable. Susan Cunningham, executive vice president at Noble Energy, shared that identifying the thinking and motivations that led to her early career successes allows her to replicate that success in different challenges by approaching them with the same core worldview.

This unlocks a possibility for performance that could change how business leaders think about talent management, development and succession.

HOW TO USE MINDSETS TO IMPACT PERFORMANCE

The most successful executives and top performers do this intuitively. They constantly add to their repertoire of effective mindsets, expanding their capacity and increasing agility. And they do it again and again. All leaders can perfect this practice and instill it in their people. Here’s how:

Share your thinking. Talk about your approach and why you do things the way you do. This gives your people replicable access to the decisions you make—as well as the mindset that could lead them to elevated decision-making in the future.

Capture the value from already successful mindsets. Look for what thinking people have activated when they are succeeding. When you understand another person’s way of thinking, you can steer him or her to use that same thinking again in other scenarios, as well as use it yourself.

Discover Genius. As the researchers at our Leveraging Genius Institute have found, a deep understanding of your unique Genius—the specific mindsets you engage when you do your best work—can lead to your very best results, on demand.