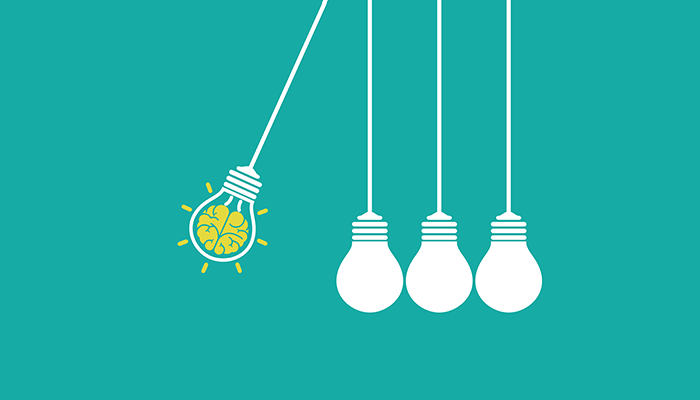 When an organization transitions from an ordinary company into a business that’s achieving extraordinary results—a truly breakthrough enterprise—it can seem like magic. But then again, at one time, magic was also the best way to explain why apples fall from trees to the ground, rather than floating skyward. Just as Sir Isaac Newton dispelled this myth more than 300 years ago with a scientific explanation of gravity, so too can his three laws of motion explain how becoming a breakthrough enterprise is science, not magic.

"When you read the laws of physics, and then you look at how an organization operates, particularly in times of change, it looks very parallel," says Robert Rothman, Co-Chief Operating Officer at business performance consulting firm Gap International.

The trajectory of a business is much like physical motion; therefore, to create positive change in a business, you must follow the same rules. Here's how:

FIRST LAW: AN OBJECT IN MOTION STAYS IN MOTION - UNTIL ACTED UPON

Just like a planet hurtling through space, when an organization is moving along at a steady clip, it's difficult to change its course.

"It is incredibly disruptive to try to effect change, when you've got systems and processes," Rothman says, "and everything is being institutionalized to perpetuate a working system. Now you're going to ask the system...to change. That's just not easy."

In fact, it's not possible without pivotal action. Leaders within the organization must play the role of that force acting upon their enterprise to create the change needed to keep up with the competition. Being the force of change is no easy task—it requires both vision and decisiveness.

"It's anywhere from an act of courage to a leap of faith to a willingness to put something out there about becoming a different type of organization when there isn't a clear path," Rothman says. "It's daunting."

Daunting, indeed—but necessary if any change is to happen. And it can be done.

SECOND LAW: THE RELATIONSHIP BETWEEN ACCELERATION AND APPLIED FORCE

Newton's second law of motion requires some complicated math (acceleration based on applied force, direction and the mass of the object), but the takeaway for business leaders is relatively simple: If you want big change, you must apply a big force.

To Rothman, "big" doesn't quite capture the point. To become a truly breakthrough enterprise, the force for change must be proportionate. That means that stretching the limits of the organization—and even the leaders themselves—isn't going far enough. They must push themselves past the breaking point and into brand new territory that refines the whole system.

"Your knowledge set, your mindset, all of the things that got you to where you are… become insufficient," says Rothman. "You will not be able to deliver in that system, forcing you to innovate."

Leaders can employ many different methods to motivate and grow an organization. The choices a leader makes and the intensity with which they bring them into effect will ultimately dictate the rate of change. In order to halve the time of the organization's transformation, the effort behind these methods must be doubled.

THIRD LAW: FOR EVERY ACTION THERE IS AN EQUAL AND OPPOSITE REACTION

Effecting change may be a challenge for leadership, but accepting that change can be equally challenging for members of the organization. This is why, when leaders take action to change their enterprise, they should expect the equal and opposite reaction of resistance from their workforce. While this can be expected, it can't be ignored—and the challenge can be met.

"The best thing a leader can do is to look for the resistance, embrace the resistance, and understand that [it] is part of the territory when effecting change," Rothman says. "They should get their arms around it and pull the resistance onto the table, and create a safe environment for it to be worked through."

Rather than requiring employees to simply agree and get in line, real ownership of business transformation accelerates when everyone leans in to working through the issues that arise as change gets underway. This leads to what Rothman calls "oneness," a state in which everyone in the organization is aligned, and also feels free to share their issues and concerns.

According to Rothman, whether you need to change is no longer a question for 21st century enterprises. In today’s world, all organizations that wish to stay competitive must continually push for change and become experts in making change successful. And the best way to do that is to understand the way change works in nature and apply it to business.

"If leaders could embrace these laws [and] transfer them into a practical way of running a business," Rothman says, "I think their businesses would be more audacious, and therefore more competitive, more relevant, make a bigger impact, and, potentially, take the business to places that it wouldn't go if it was on its normal course."