The Essence of Bill Gates 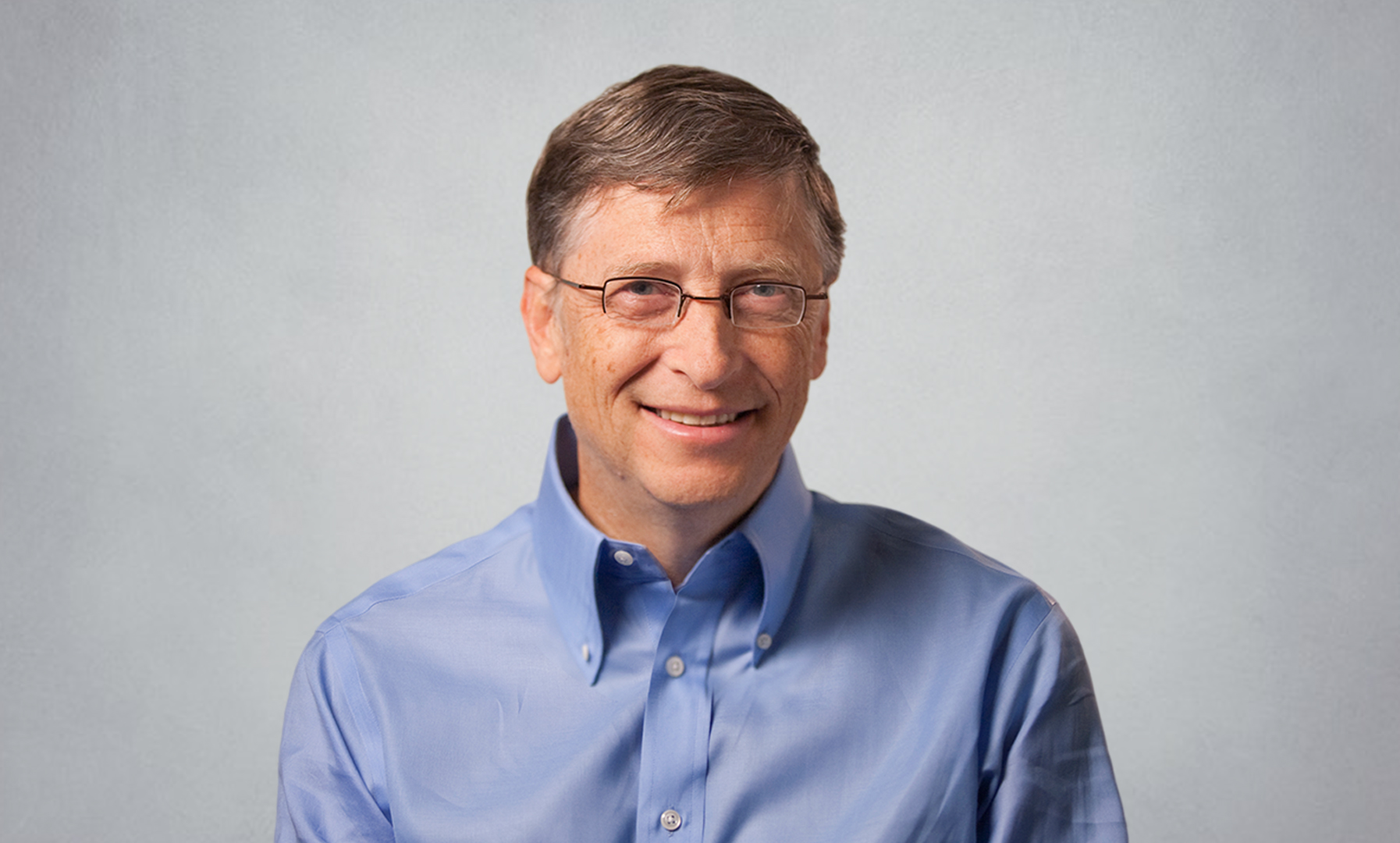 Bill Gates is a self-described “technologist, business leader, and philanthropist.”1 It’s true that his achievements and boldness have made him an icon in those areas. But there is more to Gates than meets the eye, and what motivates him might come as a surprise.

On any given day, Gates is one of the very wealthiest people alive. The co-founder of Microsoft lives in a mansion of 66,000 high-tech square feet. In 2005, he received an honorary knighthood from Queen Elizabeth II. By the end of 2018, the Bill & Melinda Gates Foundation had given away $50.1 billion in grants.

In everything he does, Gates has a reputation for being extreme—for having “more intensity and drive than anybody.”2 Early on, that approach helped get Microsoft off the ground. “A key advantage I had was being fanatical […],” says Gates. “I didn’t believe in weekends. I didn’t believe in vacation."3 He defined the company vision in equally audacious terms: “a computer on every desktop and in every home.”4

Philanthropically, Gates isn’t trying to help a few people. He commits to “saving millions of lives.”5 As such, he wants the Foundation to reach “the most magical number we know. It’s zero. This is the number we’re striving toward every day at the foundation. Zero malaria. Zero TB. Zero HIV. Zero malnutrition. Zero preventable deaths. Zero difference between the health of a poor kid and every other kid.”6

This all-or-nothing stance can make Gates seem overly calculated. “You know,” he says, “it’s not my goal to be inspiring. The world has limited resources.” His aim instead? “Optimization.”7

With how much Gates talks in terms of zeros or millions, it becomes easy to assume the extreme nature of his commitments is a key to his success. Yet, it does not describe the essence of his motivation. Looking deeper, there is a profound intent that drives him to optimize. It comes not from his brain, but from his heart.

From a young age, Gates set out to do meaningful work and to maximize his efforts. He and boyhood best friend Kent Evans read Fortune magazine together and put that lens on their future. “Should we go be CEOs? What kind of impact could you have? Should we go be generals? Should we go be ambassadors?”8

In his charitable endeavors, Gates is intent on pinpointing “where you can make the greatest difference, where every dollar you spend is liable to have the greatest impact.”9 For him, that requires a personal connection. “It is important to see places,” he says. “When you go into a ward with kids who have cholera, it’s horrific. They are losing their vital fluids and their brains are shutting down. As a father, as a human, it’s just horrific.”10

His instinct to care has intensified with age. In 2018, he wrote as much on his blog, saying, “Today of course I still assess the quality of my work. But I also ask myself a whole other set of questions about my life. Did I devote enough time to my family? Did I learn enough new things? Did I develop new friendships and deepen old ones? […] Melinda has helped broaden my thinking on this point. So has Warren Buffett, who says his measure of success is, ‘Do the people you care about love you back?’ I think that is about as good a metric as you will find.”11

Gates’s work is guided by a commitment to optimization, but that does not define who he is. That defines what we see. What lets him create his commitments and achievements actually operates in the background. That hidden force, his essence, is his heart—his vision for the possibility of “a world where every person has the opportunity to live a healthy, productive life.”12

For all of us, the essence of who we are fuels the principles that govern our work. Our essence is often hidden behind the things we commit to every day. But we can all make those deepest of intentions more obvious if we do the work to uncover them. To start, we can ask:

And then again, “What am I really about?”

When leaders get fully connected to their essence, their strategies for success are imbued with added energy. The inspiration that lies at their core comes out into the foreground, creating new possibilities for the impact they can have on their organization, their industry, and the world.