Smashing the Silo: How to Unlock Performance by Breaking Down Internal Divisions 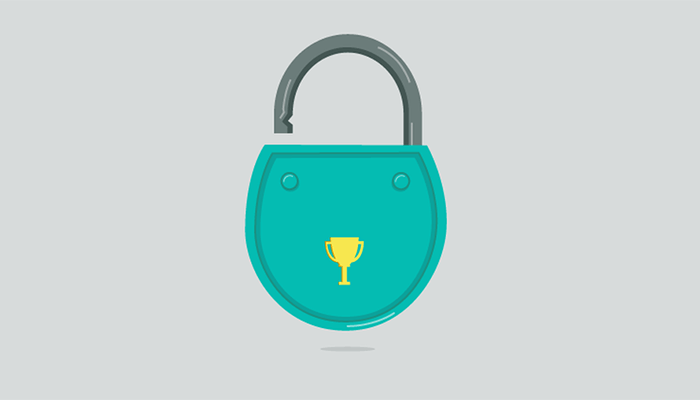 Large organizations are divided for a reason: Different departments have different functions and business goals. But problems arise when departments become siloed — a side effect of dividing up responsibilities that can drain productivity and stifle growth.

“Silos are very common. And they’re completely made up,” said Pontish Yeramyan, founder and CEO of performance consulting firm Gap International. “They’re just a way of organizing people, and they are useful — but when their own department or function becomes the most important thing, they lose perspective of the bigger outcome.”

That bigger outcome is the organization’s goals, which get lost among department goals. When this happens, organic growth suffers.

Many organizations recognize this problem and are working to break down internal divisions. According to a new survey of global executives by Forbes Insights and Gap International, 68 percent of leaders said they are collaborating more across functions, and 37 percent said they’re reorganizing reporting lines and replacing old hierarchies with more flexible arrangements that encourage collaboration and empower employees.

How does eliminating silos and increasing collaboration encourage organic growth? By creating a shared intention among team members to achieve the organization’s goals as well as their own goals, according to Yeramyan. This is especially important when the organization’s objectives are bold and challenging.

Take global medical device manufacturer Alcon, a Gap International client. Alcon set an audacious goal: to more than quadruple production to launch a new product and retain No. 1 market share. To meet this goal, instead of quadrupling manufacturing capacity, the company focused on breaking down silos between the manufacturing, quality assurance and R&D departments.

“The technology being ramped up was very, very complex,” said Franck Leveiller, the company’s senior vice president and head of global R&D. Without changing how the different departments worked together, “operations would never have been able to tackle the challenge,” he said.

Diagnosing siloed divisions is difficult because they tend to develop over time and become embedded in an organization’s culture.

“You recognize it by listening to the people and what they are preoccupied with,” Yeramyan said. If department leaders merely focus on their own goals rather than the organization’s outcomes, they’re operating within a silo.

That was the case at Alcon, where manufacturing, quality assurance and R&D were each focused on their own goals.

“Everyone thought he or she was doing his part,” but there was no linkage and no ownership at the enterprise level, Leveiller said. “People were in finger-pointing mode, [saying things like,] ‘Operations can’t ramp up because they don’t have the skill set,’ [and] ‘R&D does not want to help because they want to work on other new products.’”

In the prior year, those attitudes had led to the company producing just 39 percent of its annual production plan. Something had to change.

Alcon worked with Gap International to eliminate its silos. As a first step, the leaders of each division — spanning three functions and two continents —began meeting once a month with a simple purpose: to build relationships and remove the barriers to delivering the outcomes they had committed to.

During this process, they discovered they had incorrect assumptions about how each leader and department was perceived.

“Their sense of reality was not correct,” Leveiller said. “We started to create some bonds between people.”

That helped improve productivity and increase the speed of execution. Rather than argue over whose fault different problems were, leaders offered ideas and resources to overcome them together.

“You could see the evolution month after month,” Leveiller said. At the first meeting,” people would have done anything possible to avoid being present. The second time, people started to understand more what we were trying to do.”

Building true affinity takes time, according to Yeramyan, because people don’t naturally work and think together — especially when they’re accustomed to operating separately and don’t feel confident offering ideas outside their areas of expertise.

Breaking down silos is challenging because leaders aren’t just asking their employees to change their behavior; they’re also asking them to change their mindsets. Employees are programmed to excel in their department — and often incentivized accordingly — so understanding how they can help the entire organization excel requires a new perspective.

“The leader has to create that mindset,” Yeramyan said. “They have to think, ‘It’s not enough that I do my job well. How else can I do my job, or how else can I think? What might I be doing that could be blocking others?’”

Alcon’s monthly meetings helped change the way division leaders thought. “We could see the mindset changing from ‘I don’t want to be a part of this project’ to ‘Hey, this is fun and I want to help the team achieve the goal and make more breakthroughs,’” Leveiller said.

A new way of thinking led Alcon to a new way of working. The company began gathering employee feedback and using it to boost efficiency. It developed an operations “war room” to measure productivity, allowing for continuous adjustments. Such innovations helped Alcon increase production from 40 million units in one year to 177 million units in the next, even when the most optimistic production forecasts had predicted only 130 million units. The company also completed a fully operational European plant in under two years, five years faster than previous ramp-ups.

“The only way to make it work was to combine all the skills together and reinvent a new way of doing ramp-up,” Leveiller said. “If the teams had done it how they used to, it would have taken far too much time.” Through collaboration, Alcon created a radically different perspective on what was possible.

Organic growth is a challenge for many large organizations. By breaking down silos between divisions and building affinity among leaders, organizations can better tackle many seemingly insurmountable challenges and dramatically alter their growth trajectory.

“You have to keep your eye on the outcome,” Yeramyan said. “It’s got to be the most important thing, much more than anything else you have in your own departments, functions or businesses.”