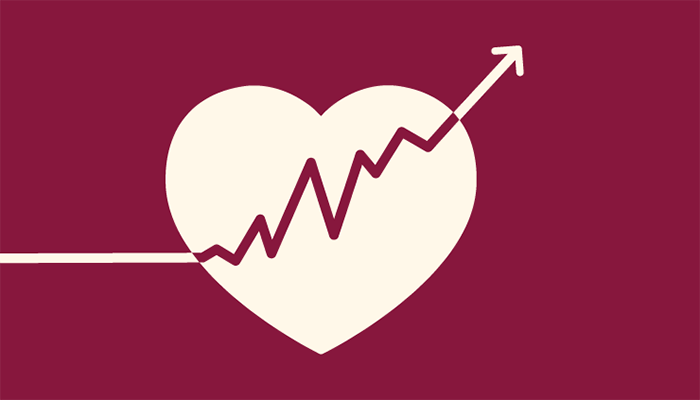 Not many business executives can measure success in the number of lives they've helped save. John Meiners can.

As the executive vice president of Emergency Cardiovascular Care and Global Strategies at the American Heart Association (AHA), his decisions can be matters of life and death. Yet when he started in the role five years ago, Meiners and his associates risked implementing bold changes.

The stakes were high. About one in every three deaths in the U.S. is the result of cardiovascular disease; worldwide, 17.3 million people die of it every year. By 2030, the AHA expects that number to grow to 23.6 million. The AHA has more than 3,000 employees and 30 million volunteers and supporters working to spread lifesaving knowledge. Yet a person suffering a cardiac emergency gets desperately needed CPR from a bystander only 32 percent of the time.

“Fear, more than anything else," says Meiners. “People are afraid they'll do it wrong."

Refusing to be similarly stymied by fear, Meiners and the volunteer leadership of the organization set about recalibrating the AHA's approach to educating and training people in emergency resuscitation. For an organization that's been a national authority since 1924, it was hard to determine how to approach change. For guidance, the AHA enlisted the help of executive performance consultant firm Gap International.

The consultant firm helped the AHA see how crucial it was for its leaders to discover new possibilities for growth. In Creating and growing an organization prepared for the 21st century, Gap International CEO Pontish Yeramyan writes, “It is important for organizations to find ways to stretch into uncharted territories for growth and bring a willingness to take on even the most hopeless challenges."

Yeramyan adds that, “At any moment an organization is either growing or declining—there is no middle ground." This did not bode well for the AHA, which was using the techniques of the '90s to disseminate CPR training, relying on paper textbooks and lengthy, in-person classes.

“I realized we were ripe for disruption," Meiners says, “And if we didn't disrupt ourselves, someone else would."

Meiners made several advancements to ensure that the AHA not only adjusts to the modern age, but helps guide it. He added online classes and simulation training to the CPR training arsenal. The AHA has stepped up its Hands Only campaign, aimed at demystifying CPR and creating a greater understanding of its importance. Realizing that change begins with young people, Meiners helped form an initiative to make CPR a high school graduation requirement. To date, 21 U.S. states have mandated the training, allowing more than 1 million students to learn lifesaving CPR skills every year.

“Gap International taught me the importance of taking a stand," Meiners says. “Our stand is that everyone should learn CPR and learn to save a life. We are creating a generation of lifesavers."

INNOVATION LEADS TO A WIN-WIN SOLUTION

Gap International encouraged AHA's leaders to promote growth by focusing on innovation. In the white paper, Yeramyan explains that companies can clear the way toward a thriving organization by “developing an expanded platform for relentless innovation," and by empowering managers to “liberate everyone in the organization to become innovators."

Through conversations with the association's medical and science volunteers, Meiners realized that the AHA needed to rethink its CPR training program. Internal studies revealed that health-care workers' skills were fading soon after course completion. To solve the problem, the AHA developed an alliance with Norwegian company Laerdal Medical to launch the Resuscitation Quality Improvement (RQI) Program. The program replaces offsite courses with shorter, more frequent worksite sessions. By integrating the training with the work of the hospital, RQI connects teaching to real-world results.

Texas Health Resources-Presbyterian Hospital in Dallas adopted the RQI program in 2014, and Dr. Cole Edmonson is a fan. “RQI transformed our CPR training in every way," he says. There was a significant increase in survival rates, and an uptick in the confidence level and performance of employees trained in the RQI program.

Perhaps the most extraordinary area of growth for the AHA in the past five years has been its global expansion. The AHA now has 650 CPR centers around the world, training 16 million people annually. According to AHA CEO Nancy Brown “Our global strategies mirror our domestic values, rooted in the pursuit to ensure equitable health for all."

The AHA has a worldwide impact, and Meiners is inspired by the organization's trajectory. Revenue has grown rapidly over the past five years, reaching $758 million. The Emergency Cardiovascular Care program has more than doubled in size in the same period, with an anticipated growth of 30 percent for 2016. “Gap International shared wisdom—like nuggets of gold—as to what our future possibility is," he says.

“Our North Star is to save more lives," Meiners says, “every year."

As originally published in Forbes, by Jessica Dineen.