How Investing in Employee Growth Can Help Organizations Thrive 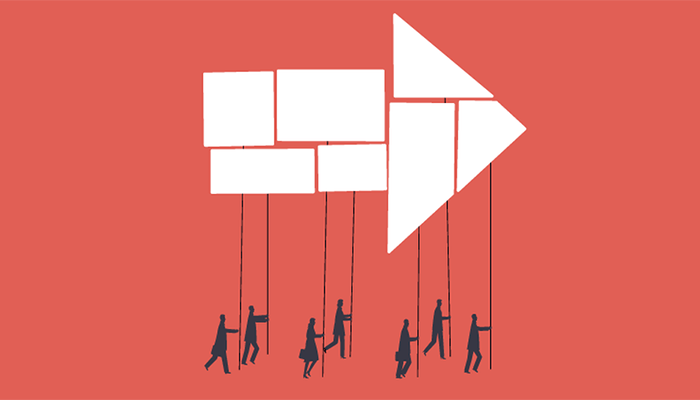 CMS Energy was in international expansion mode when the Enron scandal broke in 2001, shaking up its industry. In the risk-averse energy market that followed, CMS shares plummeted, hitting a multiyear low in March 2003. To restore confidence with customers, regulators and investors, the company decided to sell its international assets and focus on its Michigan-based utility, Consumers Energy.

Today, CMS and Consumers Energy have recovered and delivered more than a decade of consistently improving performance. But how did the organization continue to grow without expanding its footprint?

One major factor over the past five years was a new, intentional focus on growing its people. The organization built and implemented a methodology and culture that positions its leaders to do their jobs in a different way, according to Leslie Roth, executive director of strategy integration and analysis at Consumers Energy.

“We’re trying to develop leaders who can lead in a breakthrough environment,” Roth said.

GROWING PEOPLE TO GROW THE BUSINESS

Instead of focusing on external conditions that are out of their control, organizations can produce organic growth by challenging their people to think beyond what seems possible and create new pathways to success. “Growth happens by people getting a bigger or different perspective on the market or their abilities — who they are, what they can make happen, their inventiveness,” Yeramyan said.

She likened organizational growth to that of plants, which don’t grow as well if they’re stuck in the same pot for too long. “The roots [get] bound up. They are very set in the way they sit in that pot,” she said.

“Organizations seem to be that way,” she said. Just like plants, they need air to “open up.” The more new, fresh perspectives you can bring in, the more it makes a difference, according to Yeramyan.

With Gap International’s help, Consumers Energy focused on building a culture of continuous improvement by setting increasingly difficult “breakthrough” goals. Leaders at the company routinely set goals without knowing how they will achieve them. Then they receive training to help them understand how to apply breakthrough thinking to meet these challenges.

While reaching for these breakthrough outcomes may seem like a stretch at first, it has led to dramatic results. Consumers Energy has met or exceeded its adjusted earnings guidance for 14 straight years. And while costs in the industry increased an average of 5 percent between 2006 and 2015, the organization has lowered its costs by 3 percent over the same period. What’s more, since 2010, residential and business customer satisfaction is up by an average of 23 percent.

PEOPLE WILL RISE TO THE CHALLENGE

Investing in leadership training and development is more effective when aimed at a particular target, according to Yeramyan. That includes having people commit to seemingly impossible goals, as they did at Consumers Energy, and encouraging them to take risks to achieve them. If you want to grow, “you have to disturb the mindset,” Yeramyan said.

She used the example of Coca-Cola, which was first introduced when she was growing up in Turkey. Like many people, Yeramyan didn’t like the taste at first. “And then, everybody got used to Coke,” she said. “Now, some people can’t even be without [it].” With one audacious offering, the beverage company opened up a completely new market.

Within any organization, the people setting targets need to have faith that what they’re doing will catch on, even if it doesn’t immediately quench the thirst of its target audience.

“They have to be willing to get that something else is possible other than what the current reality says,“ Yeramyan said. “If reaching a goal is impossible given the current way of doing things, people must change their reality to achieve it.”

Organizations also need to own the outcome, “or the whole thing falls apart,” Yeramyan added. That means creating a transparent culture where employees are open to feedback and making mistakes.“It’s really important to hold people accountable for the commitments they have made, and also create an environment where people can be truthful if they don’t see how they can make it,” she said. “You have to make it safe enough for them to ask for other peoples’ perspectives.”

“It’s OK to not know the answers at first,” she added. “If you’re doing new things, nobody knows the answers. There are no answers.”

CREATING A WORKFORCE OF LEADERS

Growing people needs to be a strategic priority for both short- and long-term growth. Take Ace Hardware, the 93-year-old hardware store cooperative with 5,000 stores in 55 countries. Two years ago, executives looked at its greatest asset — a committed workforce with low turnover — and decided to invest in it.

“We came to the conclusion that we didn’t have enough leaders focused on developing their people,” said Kane Calamari, Ace’s vice president of human resources, organizational development and communications.

Growth is now part of the job description for the organization’s more than 7,000 employees. Executives scrapped the company’s annual performance review process in favor of coaching sessions six times a year. They developed the Ace Academy, which helps leaders become better coaches and offers online learning courses for all staff. Ace also invests in intensive management training and enrolls future leaders in a yearlong leadership program.

“Everybody thinks you need to develop people so that they can be promoted, but at Ace we actually think development is something that can help everyone improve in their existing roles,” Calamari said. “If we do that across the board, we think we are benefiting the company and, more importantly, we are benefiting our shareholders.”

Ace Hardware was already growing when the employee development programs started. Its mission was to sustain that growth over the long term. That’s the right approach, according to Yeramyan. “Now’s the time,” she said. “You may be doing well, but you know it’s time to innovate.”

Organic growth and growing people is an ongoing process that requires regular care and maintenance, just like a plant.

“You need to keep growing it, not because the plant is rotting [then it’s usually too late], but because you want it to flourish,” Yeramyan said. You add nutrients to create different kinds of thinking, she added.

When people are empowered and working together to meet audacious goals, the organization can’t help but grow along with them — regardless of what the market says is possible.