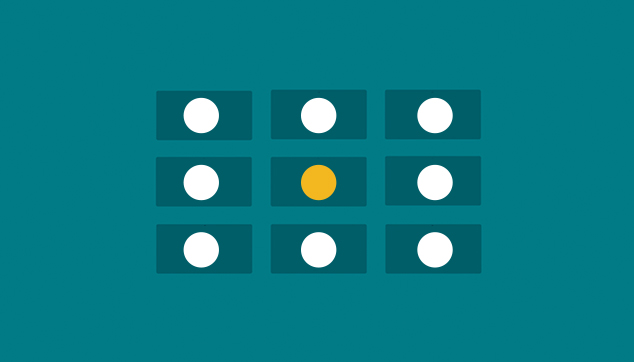 What impact do you want to have on those around you? This is an important question because we are influencing people all the time.

We tend to be more aware of the way others affect us, but it must go both ways. Everyone has likely had the experience of someone “rubbing off” on them. When you’re around a passionate person, your passion comes out. If those around you are upset, it might make you upset too. How tuned in are you to the way you show up and the experience you leave other people with?

Over the years, some interesting experiments have been done demonstrating just how influential we all are:

In 1964, Robert Rosenthal demonstrated that, when teachers expected kids to be smart, they actually got smarter.

In 2014, Facebook conducted an experiment with more than half a million people in which they adjusted the frequency of negative and positive posts. Facebook showed that emotional states can be transferred to others without their awareness.

We can’t turn off our influence, but we can control it. There are places where we do this naturally because we want to have a positive influence: with our families, close friends, or people that work for us. But what about everywhere else? We encounter so many people each day, not to mention those we reach via email, phone, text, and Facebook. It stands to reason that the more we are at our personal best, doing our best work, the more we will motivate and inspire those around us. The question then becomes, what is our best?

So often we chalk up our wins to hard work, creativity, or perseverance—but we don’t ask ourselves what underpins these character traits and how we can pass them along to others. If it were as easy as telling someone to “work harder,” then there would be a lot more hard workers in the world.

Why is it that some people work harder than others, or appear more creative? Gap International finds the answer in what it calls Genius: the way our mind is working during our greatest successes. Genius is not something you are, it is something you have. Since everyone has accomplishments and things that they are proud of, everyone also has Genius.

Genius is most apparent in moments of accomplishment. By articulating the specific language of our best thinking—translating it from fuzzy thoughts to clear, precise words—it becomes tangible and repeatable. You can’t just tell someone to “be more creative,” but if you share with them how you think about creativity, they will see opportunities and actions to take that they couldn’t see before. The more we study and practice our Genius, the more it will show up in ourselves and in others, creating an environment where everyone can be their best.

Focusing on the environment is exactly what people do when they want to be their best. They create an environment where their Genius rubs off on others, and others’ Genius rubs off on them. In this way Genius begets Genius, and leads to people being better than they ever could be on their own. What follows is the creation of extraordinary things across business, science and the arts.

In Powers of Two, Joshua Wolf Shenk argues that relationships are essential to creativity: there is a Wozniak for every Jobs, a Lennon for every McCartney. In The Idea Factory, Jon Gertner tells the story of Bell Labs, the research and development arm of AT&T that gave us the transistor, the laser, the solar cell, the cell phone, and countless other groundbreaking technologies. They built their Murray Hill headquarters with a 700-foot-long hallway to encourage chance encounters of people, problems and ideas. In the late 19th and early 20th centuries, many artists including Monet, Picasso and Van Gogh lived and worked in Montmartre. As a result of their proximity and sharing of ideas, several artists’ associations were formed and some of their best work was created. Even today, Hollywood could be considered a modern-day Montmartre for those looking to advance their film careers. It’s a place to rub elbows with others in the industry so that the best ideas can take root and flourish.

Those geniuses are known for collaborating, but even one of the most iconic lone geniuses credits part of his success to someone else. While Albert Einstein’s June 1905 paper on special relativity cites no other scientific papers or researchers, it ends with an acknowledgement of engineer Michele Besso, who Einstein called the best sounding board in the whole of Europe:

“In conclusion I wish to say that in working at the problem here dealt with I have had the loyal assistance of my friend and colleague M. Besso, and that I am indebted to him for several valuable suggestions.”

So, what does this tell us? If we want to build the next Apple Computer or write the next Abbey Road, it’s pretty clear we won’t do it alone, and building an environment of Genius will be essential. But actually, it’s essential anyway if we want to do our own best work. However successful you are, others can make you better. And, you can make them better too. Discovering and sharing your Genius is one way to bring out the best in yourself and everyone around you.