From Vision to Results: How to Lead Growth at Your Company 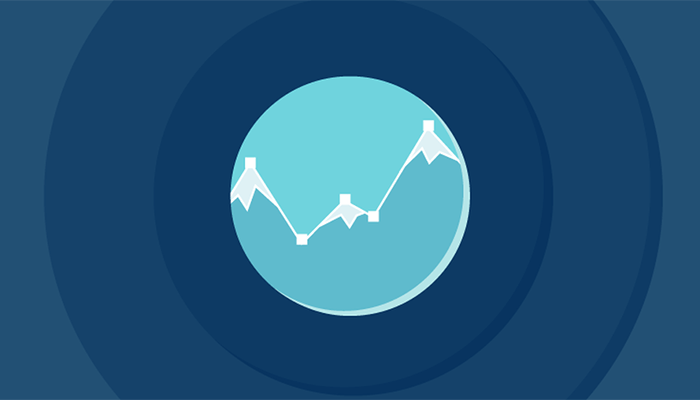 There’s no getting around it: In the business world, success is defined by hard numbers. Profit, growth, stock prices — these are the measures by which most companies are judged.

It’s no wonder a recent survey of global executives by Forbes Insights and performance consulting firm Gap International found that only 13 percent of executives believe their company’s culture is an optimal fit for their business vision. A vision can feel like a soft, dreamy aspect of business. What leader has time to focus on such a thing?

But according to Pontish Yeramyan, Gap International’s founder and CEO, having a vision is critical to ensuring the organization’s future growth. Most CEOs already have a vision in their heads, whether they realize it or not. And, as the leader brings that vision alive in the organization, the hard numbers will follow.

“A clear vision is one of the ways you can take a company outside its own reality,” she said. Because a vision is inherently far away from today’s reality, the company must grow to achieve it.

FROM VISION TO GROWTH

A vision is a vivid, complete picture of what a company will look like a set number of years down the road. An effective vision is audacious and seeks to break the company out of its current paradigm, according to Yeramyan. It challenges everyone in the organization to think and operate differently.

For Owens Corning, a Gap International client and a leader in the building materials industry, that meant stating an intention to bring 27 distinct business units under a “One Company” vision in terms of culture and operations. After 60 years of growing through acquisition, Owens Corning found that the divisions between these units were deeply entrenched, and the goal of unifying them seemed near-impossible.

But Owens Corning committed to its vision with laser like focus — and enormous effort. The company had to consider the potential concerns of its 19,000 employees across its many units, while unifying them with a compelling reason to embrace the “One Company” vision and a renewed sense of pride in their performance.

The effort paid off. The organization not only succeeded in bringing all business units together, but also delivered its best performance in five years across multiple metrics.

By carefully articulating, gaining buy-in for and sticking to their vision, leaders can drive outsize growth. Here’s how:

Growth starts when a CEO moves the vision out of his or her head and clearly defines it for others, according to Yeramyan.

“Most leaders don’t even know they have a vision in their head,” she said. They often “talk from their vision” without ever articulating it.

This can create a disconnect. CEOs may believe they are communicating their vision clearly, but others may interpret it very differently. That’s why it’s critical to invite trusted members of the leadership team to listen to the vision at an early stage.

“It’s important to bring people together and start socializing the idea and ask them questions,” Yeramyan said. Listening to reactions and concerns helps leaders understand how their vision is being heard and interpreted, and consider things they hadn’t thought about, including risks.

Though a team’s concerns can feel like resistance, the feedback helps the CEO strengthen the vision and build upon it. Folding in contributions from key people builds a core team that owns the vision and its implementation. Now the stage is set to enroll the rest of the organization in a bold new future.

After sharing the vision with the leadership team, the CEO should communicate it to all stakeholders, including employees, shareholders and customers. Everyone should be encouraged to offer feedback, even as the CEO remains prepared to stick to the vision.

Talking through employee concerns helps to create buy-in across the organization. “By everyone’s participation and their contribution, people feel ownership, and therefore it makes implementation much easier,” Yeramyan said. “Because it’s theirs, not someone else’s vision.”

It’s not uncommon for stakeholders to balk as a bold vision challenges what they believe the organization is capable of, Yeramyan noted. This can result in a healthy tension between the leader’s resolve to deliver the vision, and the flexibility and agility to address concerns.

“The minute you say something outrageous, the current mindset shows up,” Yeramyan said, referring to the way people within the organization are used to thinking and operating. Leaders can use this as an opportunity to inspire people to see beyond what they think is possible and create new pathways to growth.

A bold vision creates excitement in any organization. When everyone on a team believes they are capable of big gains and achievements, they work together with renewed energy to make that vision a reality.

But then, everyday reality sinks in. A crisis occurs. New regulations force a shift in the business model. It’s tempting to put the bold vision aside temporarily to focus on day-to-day needs. Don’t let that happen.

“You can’t get sidetracked,” Yeramyan said. “The minute you put your vision away for now, you might as well give it up. You have to keep it alive while handling the current situation.”

To deliver on the vision, leaders must keep the organization focused on it from the top down. This means examining every solution to the issue at hand through the lens of that vision.

For example, a wind energy company’s vision might be to triple the number of new products on the market in five years, and using government incentives to pay for R&D might be part of the business’s plan to reach its goal. If those incentives disappear, it’s not time to abandon the vision — it’s time to create a new strategy for reaching for it, regardless of the circumstances.

If there’s one thing leaders can expect, it’s that the unexpected will always happen. The only way to achieve the growth made possible by a bold vision is to make an unwavering commitment to it, get everyone on board and don’t stop until it’s realized.