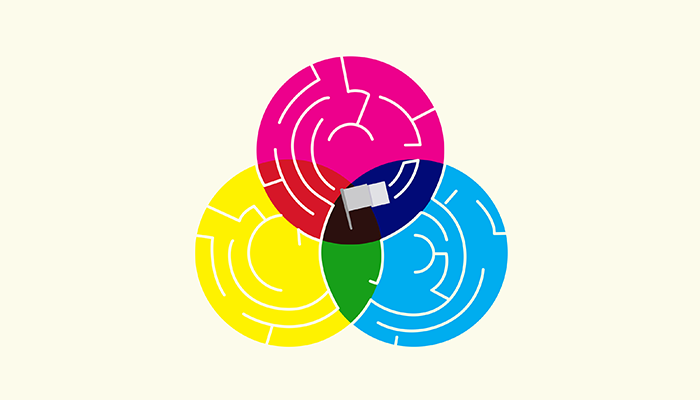 Five global advertising campaigns over a decade can cost a company serious money. Switching ad agencies while struggling to get a foothold in a tricky market can cost the organization both monetarily, and in reputation. Rolling out a campaign so resonant that it's recognizable around the world nearly two decades later? That's priceless.

Seventeen years in, MasterCard's Priceless campaign has few rivals in terms of longevity and effectiveness. But it could very easily have been passed over. In initial market research, the original Priceless ad didn't test as well as another spot. But "we knew we had it," said Joyce King Thomas, an executive with Mastercard’s ad agency, McCann Erickson, in a 2006 interview with Fortune.

The rest is award-winning history. "The moment it was launched, there was an immediate connection with customers and there was no looking back," says MasterCard CMO Raja Rajamannar. "And it still resonates—after 17 years—extraordinarily well."

THE POWER OF A COMMITMENT

When Rajamannar came on board a year and a half ago, he faced a difficult challenge: to change (or not to change) the long-running Priceless campaign.

"I was inheriting such a legacy brand, a fantastic positioning, and a great advertising platform," Rajamannar says.

Yet, when Priceless launched in 1997, the world was a different place. "Remaining static was just not an option," says Rajamannar. "It had to be a fine balance to evolve the platform without destroying anything." He made an unwavering commitment to move the brand forward.

Business leaders can often find themselves in the similar position of needing to create change within an organization, while building on and retaining what made it successful in the first place. Here are three lessons from Rajamannar’s experience at MasterCard:

1. Stay resolved and committed to your new path. Rajamannar refused to allow Priceless to remain stationary, even when it had been doing so well for nearly two decades. A strong commitment to going beyond what was working, to find what could work even better, helped realize his vision to evolve Priceless.

Rajamannar’s vision galvanized his team to move through a process of repositioning the brand without abandoning the merits of Priceless, the original brand positioning for which was "the best way to pay for everything that matters."

"Now, our brand positioning is 'connecting people to priceless possibilities,'" he says. "So it has a continuity with the brand, but it is a completely different thing."

2. Combine your experience with data. While ignoring the marketing test was the right call in 1997, Rajamannar says the science of marketing has evolved today. With better data and understanding of consumer behavior, he estimates 50 to 60 percent of his decision to evolve Priceless came from data. But he relied on his own experience, too.

After thirty years of working with global companies, Rajamannar says his deep experience was integral to his strategy. Just as Rajamannar recognized MasterCard needed a new Priceless campaign for a new century, he also knew the heart of Priceless was too resonant with consumers to abandon it.

3. Bring everyone together and create collective ownership. Rajamannar gathered his team of marketers, business partners, and their ad agency, and just started talking. "We had a number of discussions, asking a number of soul-searching questions," Rajamannar explains. "We co-created the entire thing. It's not something that just came from someone individually."

Through open communication, and encouraging everyone on his team to actively participate in the changes, Rajamannar was able to navigate 17 years of tradition to bring about a successful new campaign. He encouraged dissent and transparency throughout the discussions, creating true collective ownership over the compromises and decisions that resulted.

"We were in it together," he says. "Because it was a collective responsibility, we had to be successful."

SEEING IT ALL THE WAY THROUGH

And successful they were. The new campaign, which includes Priceless Surprises, Priceless Cities, Priceless Causes and Priceless Perks, created a big splash during the 2014 Grammys with Justin Timberlake giving Priceless Surprises to cardholders. Similar to the original launch of Priceless, it resonated with consumers even faster than expected, growing to more than 20 countries around the globe in less than seven months. The Priceless Cities campaign is localized for cities around the globe to delight residents and visitors in every region. While global in scope, this has allowed Priceless to personally connect with card members around the world.

MasterCard has the gutsy kind of leadership that can take the entire company on the road of change together. And when a whole company resolves to produce something great, the payoff is priceless.